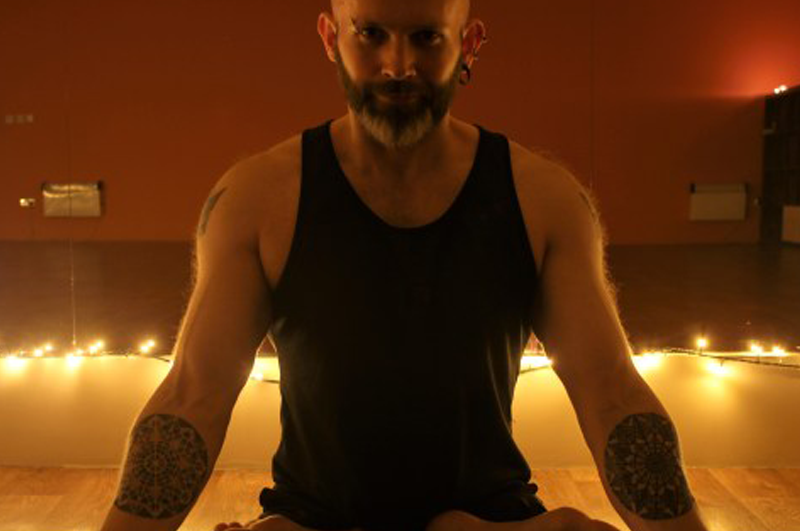 Dave has been practicing ashtanga vinyasa yoga since 2005, initially attending just one class a week until he was hooked on the graceful and energetic flow of Ashtanga, and began a daily practice.
In 2012 Dave met his current teacher, John Scott, and the following year completed John’s teacher training programme and began teaching himself. Since then Dave has continued to develop his skills and knowledge with John in various locations around the world.

In 2015 Dave travelled to Mysore, India to practice at the Shri K Pattabhi Jois Ashtanga Yoga Institute, where Ashtanga Yoga was first practiced.
Dave strongly believes in an accessible non-judgemental approach to yoga, and that anyone can practice yoga and enjoy it’s many benefits. It doesn’t matter how young or old, how fit, how flexible, or how able, if you want to practice, you can.